My visit to Number 10

Yesterday I had my first (and probably only ever) opportunity to walk through the doors of 10 Downing Street. 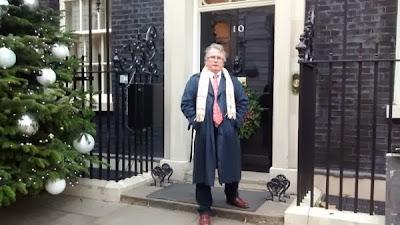 I was there for a meeting of the SME Panel. I have blogged about this before but in summary I have been part of smallish group of SME business people over two and half years advising the Cabinet Office on how to make government procurement more 'SME friendly'.

The essence is this: SMEs can provide far better value services and products to government based on lower overheads, more innovation and better quality. This can lead to some staggering reductions in cost to the taxpayer as well as helping the British economy to grow. It is proverbial 'no brainer'.

However (and this is a rather large however...) many (most?) government procurement departments at all levels and in many agencies seemed to be wedded to processes that favour larger organisations. And the only winners are these large companies: not the taxpayer, not the growing economy of smaller businesses and not the citizens (as the beneficiaries of these services). Frankly it is a huge scandal and it has been my pleasure to have been a small part in this government's attempt to turn the procurement tanker around in the English channel, as it were.

Anyway yesterday, we were graced by the presence of Lord Young and Nick Hurd MP, Minister for Civil Society. They both listened carefully to all the points made by the panel members present. We also had some useful information given to us by Stephen Allot, the Crown Representative for SMEs.

Here are some of the points that were made:
Nick Hurd challenged the group to come up with a list of actions that can be taken before the next election to institute irreversible change in how government procures, beyond what is already planned. That will be the subject of a future blog...
Posted by Jon Harvey at Thursday, December 12, 2013