How do you measure the performance of your PCC?

You can read all about it here.

This was performance by a PCC that the PCC can be very reasonably held to account over: all the levers and machinery are under the control of the PCC, there is feedback to manage the performance and a standard against which performance can be measured. These are the basic three ingredients of a good performance management & political accountability system. 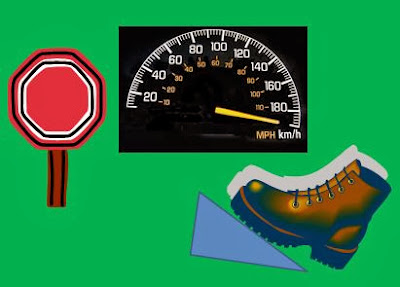 Now contrast this with these statements:


Anthony Stansfeld, Police and Crime Commissioner for Thames Valley said: “I am delighted to see that the Thames Valley has seen another drop in crime. As one of my key priorities I am particularly pleased to see the significant reduction in domestic burglary." (Link here)

Anthony Stansfeld, police and crime commissioner for Thames Valley, said: “Three years ago, Reading had a serious problem with household burglary. Today the level of burglary has been dramatically reduced and the people of Reading can feel considerably more secure in their homes” (Link here)

Q: Starting out you had a tall order of ensuring communities were policed safely while forces dealt with budget cuts. How do you think you have done?
A: Burglary in Reading has gone down by 40 per cent in the last year, so pretty well. Overall I am happy with the way things have been going and we have protected our front line services by reducing bureaucracy. That has been done through combining services with other forces. (Link here)

It would appear that Mr Stansfeld (I suspect like many other PCCs) wants to claim credit for reductions in reported crime. But can he?

Unlike the transparency audit, there is no effective feedback system as reported crime is notoriously unreliable (due to many crimes being unreported and other factors), and although there is a standard of sorts (less crime is good etc), the PCC plainly does not have his hands on the machinery or his foot on the pedal, as it were. The PCC sets the overall budget and priorities (which in Mr Stansfeld's case include rural crime - or more accurately described as agricultural crime), and appoints / sacks the Chief Constable. And that is about it in terms of affecting operational policing. Indeed he is statutorily kept distant from operational policing.

It is true that he divvies out dwindling resources to Community Safety Partnerships across Thames Valley but again his role is more or less limited to setting the overall amount and devising the formula to allocate these monies to the partnerships. Big questions remain over his new formula. Claiming a link between the action he has taken and reducing crime is tenuous at least, if not almost non existent.

So what can the people of Thames Valley hold Mr Stansfeld to account for? I will answer that in a later blog post. Meanwhile, I am wondering whether Mr Stansfeld will seek to claim 'credit' for this headline in the Oxford Mail today: 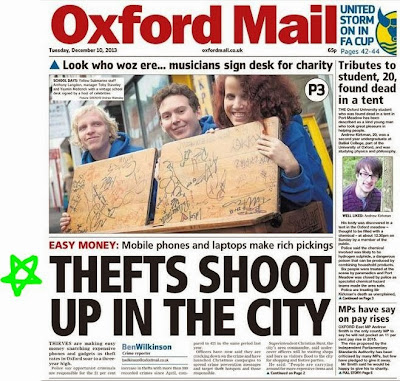 It begins "Thieves are making easy money snatching expensive phones & gadgets as theft rates soar to a three year high..." (I will link to the full story when the Oxford Mail posts it.)

Because: if Mr Stansfeld wants to claim credit for reductions in burglary and "rural crime" at the end of his political term, he is presumably relaxed about claiming credit for rises in crime as well?

Or is that just too obvious to state? What do you think?

PS: You will have to ask Bernard as to where PCC Anthony Stansfeld and the Thames Valley OPCC came in the CoPaCC 'league of transparency'. I would hazard a guess that it wasn't anywhere near the top when the section on performance on the Thames Valley website states:

How will performance be monitored?
Each relevant agency will produce their own annual service delivery plan which will include jointly agreed corresponding actions, measures of success and delivery 'milestones' as appropriate. For example Thames Valley Police will continue to develop in consultation with the PCC its own internal annual Delivery Plan which will reflect the strategic policing objectives contained in the PCC's Police and Crime Plan. The way the Chief Constable is held to account for how the Force provides policing services across the Thames Valley and how Force performance will be monitored and reported in meeting its Delivery Plan targets will be agreed alongside the Police and Crime Plan.

This page will be updated to contain more details on performance 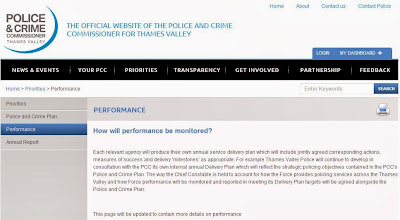 ... when exactly was this part of the website last updated?

And...(!) the website showing News and Events seems to have a picture of Mr Stansfeld standing next to (an unnamed) police officer and a tractor in police livery obliterating links to the most recent entries. In this respect, the Thames Valley PCC's website isn't so much as not very transparent, it is literally opaque!!! 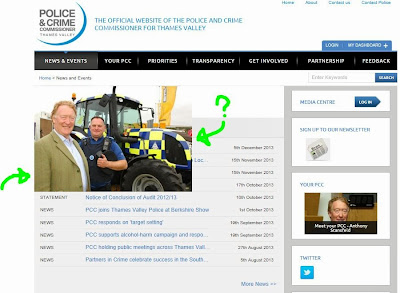