Just been followed (on Twitter obviously) by the UKIP candidate for Thames Valley: Mr Barry Cooper. He is evidently going for the (Treaty of) Roman vote... which is somewhat ironic really... 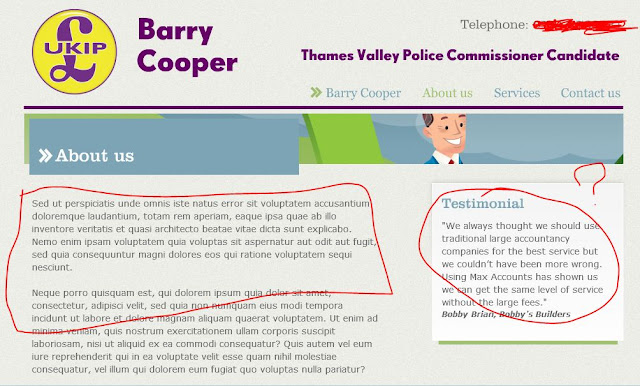 And who are 'Max Accounts'?

UPDATE: Ah well, looks like Mr Cooper has taken his unfinished site offline for the time being. I look forward to reading more of UKIP's policies for Police & Crime Commissiones. Are UKIP against the European Arrest Warrant that managed to put into custody the 30 year old teacher who was visiting France with his 15 year old pupil? (UPDATE 2: Mr Cooper is indeed not in favour of the EAW he has told me on Twitter.)