After a very long and careful consideration of all the issues and consequences over a couple of macchiatos in Costa's last Saturday, I have decided to put the Chief Constable onto a zero hours contract.

He was not wild about the idea when I told him yesterday at our regular Friday afternoon chat but I told him my mind was made up. As the custodian of public money, I explained in straight forward language that I had no option: a zero hours contract would provide better value for money to the taxpayer. He went off grumbling about being a member of the Tax Payers Alliance too & finding out the location of the ANPR cameras near Douglas Carswell's house. But I have not heard from him since. He hasn't even been sanctimoniously live tweeting from his regular Saturday morning bike ride: trying to put the rest of us still in bed to shame. There has been only a single selfie tweet of him next to the Tolpuddle Martyrs memorial (or is that person part of the memorial?) 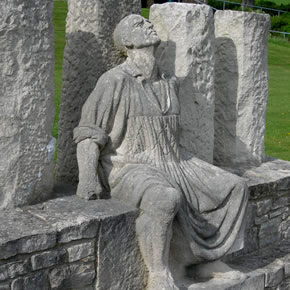 That was a long bike ride. He will be stiff in the morning! But I am not changing my mind. I mean, do you know that ACPO officers have a minimum holiday entitlement not a maximum one?! They swan off to meetings in London all the time, get invited to afternoon tea & cup cakes with the Bishop, read professional journals (cover to cover!) as if they need to still learn about how to be a police officer and parade around with their scrambled egg laden collars at councillor cocktail soirées.

Well, I have had enough of this and so have all the local tax payers. From now if he wants to "improoove his professional practice", or "networkkk with key stakeholders" or "influence Home Office strategyyy" (whatever that is when it's at home...), he can do it in his own bloomin' time. I am not paying for it any more. Zero hours (on a rolling 5 month contract to avoid any shenanigans that Red Ed wants to deploy) here we come.

From now on, all that I will contract him to do will be:
And that is about it. Everything else he has been doing is just fluffy flim-flam that the hard working taxpayer should not be subsidising.

The Secret PCC Diary until now:


Legal disclaimer: just in case you thought this series of secret PCC blogs is based upon a real person or persons: it isn't. It really isn't. Any similarity to a living PCC is entirely coincidental.
Posted by Jon Harvey at Saturday, April 26, 2014