I last saw Bob Jones in early April this year. He was on top of his game: more insightful, funny, compassionate, wise and vibrant than ever. I mourn his loss greatly.

He was fine man who truly understood the complexity of policing & community justice. I remember being hugely impressed when I first met him 20 or so years ago in the early days of what was then Association of Police Authorities. Up until his death, he was one of the leading thinkers about the governance of policing and connected agencies.

He worked with people from across the political spectrum. He was a committed inclusive pluralist: recognising that good ideas can come from all tribes & sides of the debate. His efforts to create a localised and cross party policing governance structure for the West Midlands is testament to his beliefs.

It is with great sadness, that I now have to imagine a policing landscape without him. His knowledge and wisdom will be massively missed by all those concerned with the proper governance of policing.

My sincere thoughts are with his family, his close friends, his colleagues and indeed everyone who, like me, are saddened and shocked at his passing. May he Rest In Peace. 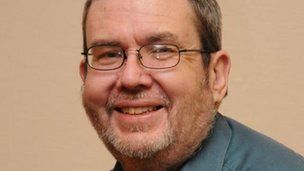 UPDATE 1655 | 010714: There is a moving video now on the net of the Chief Constable and Bob's Deputy paying tribute to the wonderful man that he was. You can watch it here.
Posted by Jon Harvey at Tuesday, July 01, 2014