The challenge of collaborating on custody & control rooms

Sally Chidzoy has been investigating the proposed collaboration between Bedfordshire, Hertfordshire & Cambridgeshire. You can see her short piece on BBC iPlayer at the moment from last nights Look East slot. The piece begins at 3'54" in. I appear a little later - with about two sentences! (There is a lot more in the can as it were - but such is TV...)

The piece is here. 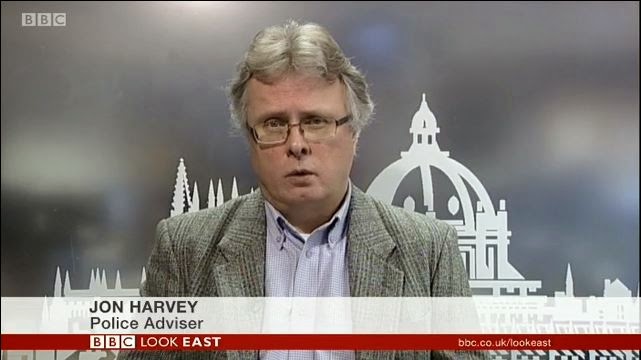 To expand on what I was saying: I think that when assessing the cost/benefits of cross county collaborations (of which I am generally in favour, of course) it is vital to look at the proposals from all angles, not just the police one. There are the people arrested of course, but also bodies such as Victim Support (remember people arrested are often victims too), the Crown Prosecution Service, the defending counsel and others who may well have to follow a person put into custody scores of miles away from where they live or where they were arrested.

In other words a whole systems approach needs to be taken.

I have no criticism of what any of the Chief Constables or PCCs in these three counties are doing, since I do not know what plans have been made and how they are approaching the matters. I hope that they will be consulting widely from all angles so that this results in new collaborative arrangements that not only are more efficient and effective for the police, but also for all the other parties involved.
Posted by Jon Harvey at Friday, March 21, 2014